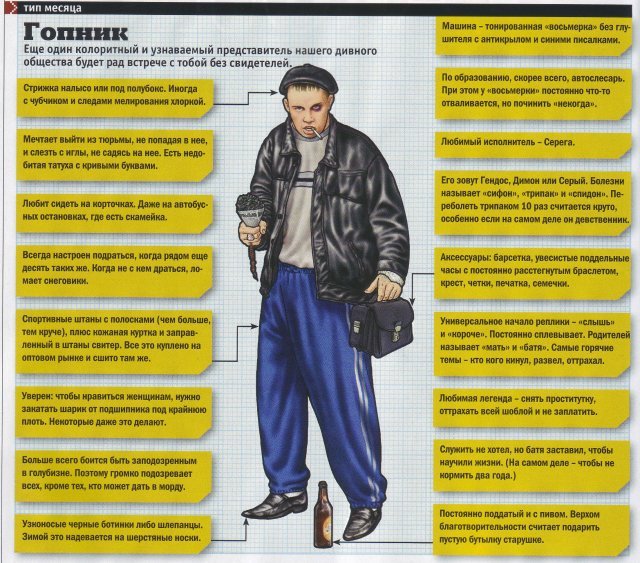 So you know those stereotypically scary-looking Russian guys that wear fake adidas and leather jackets and are covered in bruises smoke too much? There’s a word for them — гопник/gopnik (plural гопники/gopniki).

The term “gopnik” was probably derived from slang term gop-stop, meaning street mugging. Another theory is that “gopnik” derived from the acronym GOP, probably a reference to Gorodskoye Obshchestvo Prizreniya (the municipal agency for care of destitutes), the numerous almshouses organized by the government after the October Revolution.